Monetary Authority of Singapore ("MAS" ) Managing Director, Ravi Menon addressed guests during the Economic Society Annual Dinner and reminded all that the most disruptive challenge we are facing is climate change.

Mr. Menon commented that over the last three decades, the number of registered severe weather events has tripled. Over the last two decades, the rate of increase in sea levels has doubled. Over the last decade, the pace of ice loss in the Arctic and Antarctic has tripled. This year, wildfires and heatwaves of unprecedented ferocity have swept across Europe, North America, and Australia, while record rainfall in countries ranging from India to America have caused devastating floods. Climate change is happening at a faster pace than predicted by early climate models and therefore global greenhouse gas emissions must reach net zero around 2050.

He further noted that the world is currently far from a net zero emissions trajectory. Global greenhouse gas emissions must peak by 2025 and come down by about 45% by 2030 relative to 2019 levels. Even if all countries follow through on commitments made in the Paris accords, carbon emissions will come down by just 7.5% by 2030. According to the Intergovernmental Panel on Climate Change ("IPCC"), to fall back below the 1.5 degrees Celsius target, it would be necessary to remove from the atmosphere a decade or two of carbon emissions.

Time presents a significant challenge for de-carbonization. 2020 to 2030 is the critical decade for climate action. Net zero commitments for 2050 are prevalent, however few countries have credible plans to meet them, lacking any form of credibility or accountability to achieving these targets. There should also be transparency in the cost of decarbonization.

According to Mr. Menon, getting to net zero will not be easy and will require five transformative changes:

Mr. Menon stated: “Singapore is firmly committed to doing its part in the global effort to reduce greenhouse gas emissions. Last year, the government launched the Singapore Green Plan, which sets out a road map towards sustainable development, a green economy, and net zero emissions. Singapore aims to peak carbon emissions around 2030 and to achieve net zero by or around mid-century. If anything, the direction of travel in the coming years can only be towards greater climate ambition, not less.” 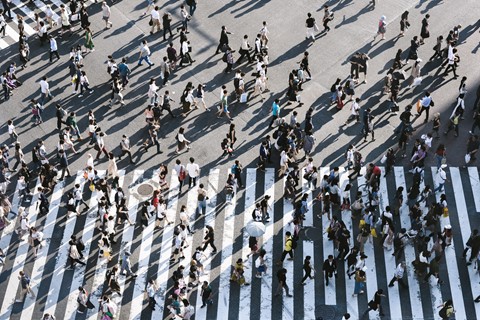 Singapore is also progressive in having a long tradition of high petrol taxes and no subsidies for fuel or electricity. Together, these policies will help to sharpen the substitution effects necessary for shifting to cleaner transportation modes and improving energy efficiency as carbon taxes rise.

While some countries will progress, others will face conflicting pressures from urbanization. Energy demand in Asia is expected to double by 2030 on the back of strong economic growth, rising affluence, and urbanization.

Even if overall global energy use falls in the net zero scenario, fossil fuels will continue to play an important role in meeting the energy demands of Asia and Africa. Coal is unlikely to have a role in a net zero world, but oil and gas will.

The International Energy Agency ("IEA") has projected that if the world reached net zero by 2050, it would still be using nearly half as much natural gas as today and about one-quarter as much oil.

Hydrogen will be an important new hope for decarbonization. This involves using renewable energy to split water molecules to produce both hydrogen and oxygen. The hydrogen can be burnt as a fuel emitting only water vapor or be put into a fuel cell to make electricity on demand. Hydrogen and ammonia can be critical to the transition to a net zero world given their potential role in decarbonizing hard-to-electrify sectors, such as steel production; fueling trucks, ships, and other heavy vehicles.

Mr. Menon went on to discuss the third focal point for the net zero transition to green the economy.

Greening the existing economy is more important than growing new green sectors. Investing in green technologies and renewable energy is important. But such pure green activities are estimated to make up less than 8% of the global economy. Non-green activities – in manufacturing, building and construction, aviation, maritime, agriculture and fisheries - make up the bulk of any economy. To move the needle on emissions reduction, we need transition strategies that progressively reduce the carbon footprint across all sectors.

Mr. Menon closed by highlighting the challenges ahead: First, a green economy will rely much more on electricity. The cheapest and easiest way to decarbonize several sectors of the economy, such as cars that run on petrol or heat generated by burning natural gas, is to electrify them and ensure that the electricity is generated from zero or low carbon sources.

Second, a green economy will need to be much more energy efficient. Energy intensity — the energy needed to produce a dollar of GDP — will have to improve substantially. The IEA has estimated that, to reach net zero, the rate of improvement in energy intensity would have to go up to more than 4% a year, which is more than double the average rate of the previous decade.

Third, a green economy will need to find ways to decarbonize so-called ‘hard-to-abate’ sectors and activities. There are currently unclear transition pathways for aviation and maritime. There are also some critical materials whose production is hard to decarbonize. Some 17% of the world’s primary energy supply is used just to make four materials – steel, cement, plastic, and ammonia (which is used in fertilizers). These four materials have been described as “pillars of modern civilization”. Not only are there no readily available substitutes for these materials, but also no practical low-carbon ways to produce enough to meet current demand.

Fourth, the sectoral composition of economies will change. The sectors with the highest greenhouse gas emissions – such as coal, oil and gas power and petroleum products – will be most impacted. They account for about 20% of global GDP. McKinsey estimates that US$2.1 trillion worth of assets in the power sector could be retired or under used between now and 2050.

Fifth, inflation is likely to be higher during the long transition to net zero. Higher energy prices will feed through into the production of many goods, and prices overall will rise. The Bank of England estimates inflation will increase by nearly 0.6 percentage by the early 2020s if there is an orderly transition to net zero and 2 percentage points by the early 2030s if the transition is disorderly. Demand will surge for minerals such as copper, aluminum, cobalt, lithium, nickel, and rare earths, which are critical to various clean energy technologies, including wind turbines and electric vehicles, this may drive up prices, resulting in "greenflation".

Sixth, the labor market will undergo a major adjustment. Jobs will be lost in traditional carbon-intensive sectors, but new jobs will be created in carbon-neutral industries- the need to reskill will become critical.

Apex Group’s ESG Rating & Advisory and Global Compliance Solutions are supporting the industry to assess climate and environmental risk and finance the energy transition. Contact us to find out more about our services. 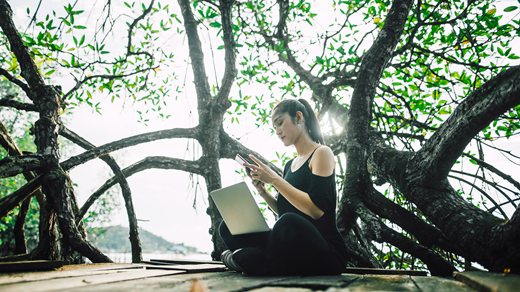